A 51-year-old goldsmith, Kwesi Tetteh Zoday, is accusing his now ex-girlfriend of selling their newborn child for GHC5,000.

Speaking to GHOne TV, the complainant, who has a disability, also accused the Adentan Police of conniving with the accused person and the buyer to shield their deed by claiming he is unable to cater for the baby.

Kwesi Tetteh Zodah, a goldsmith, said he met his now ex-girlfriend, Efe Mawutor, in November 2021 and lived with her until she was confirmed pregnant in December of that same year.

But his dream of living with a wife and child fizzled out when his father Efe found out that he had a disability and insisted the relationship ends.

“Her father indicated that he doesn’t want a person with a disability in his family so he refused to let us marry. Throughout her pregnancy, I took care of her. She sent me a number to make deposits on via mobile money. Where she lived, there was a woman to who I used to send the money, also. This woman is willing to testify on my behalf.”

His attempts to reach Efe proved futile between August 1 till 9th as she was not answering his calls. He, however, got lucky on August 10th when she answered his call and claimed she had delivered at the Greater Accra Regional Hospital but it was still birth.

A follow-up at the facility revealed that his ex-girlfriend had lied about putting to bed there.

“She claimed the baby died upon birth. She alleged the nurses buried the baby – a claim the nurses rejected saying, ‘they have no records of the death.’ It was after she was found out that she said the baby died at Abokobi and her father buried it,” he recounted.

After failing to find out where his baby was, he reported the case to the Dodowa office of the Domestic Violence and Victims Support Unit of the Ghana Police Service. It was there he found out the truth.

“I was told by the Investigator that the baby was alive at Kasoa. It was then that she said she sold the baby for GH₵5,000.00. She was admonished by the investigators not to say that because there’s no price tag on human life,” he claimed.

The issue became murkier as Efe and the buyer of the baby insisted he is incapable of catering to the child due to his disability. He also discovered the presence of another owner of the child he is claiming to be his.

“The lady has also said that I am not the father of her baby. I’ll have to conduct a DNA Test to prove my claim as the father of the baby. After the commander spoke, the narrative changed to my ability to father a child.”

Kwesi, who is now confused, wants an independent body to conduct a DNA test on the child who is currently with the buyer who is said to be a trafficker at Kasoa in the Central Region. His reason, he does not trust the parties involved.

“They said we would be arraigned for the court to determine the next line of action. I will only do the DNA Test if the court directs so because I have no confidence in the service due to the past events. Please help me, I am appealing to the service to assist me with a lawyer so I can have my only child back.”

The news team then followed up to the Adentan housing down the police station, but the commander, DSP Edna Akortsu, declined comment and directed us to the regional office.

Meanwhile, efforts to reach the accused, Patience have proved futile.

The 51-year-old, Mr Zodah, wants a lawyer and the IGP to get involved in order for him to claim her only child. 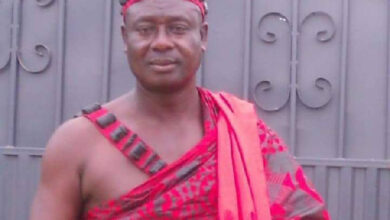 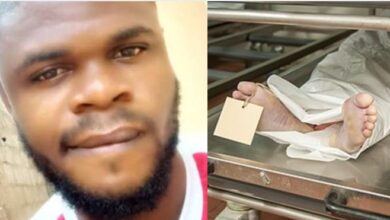 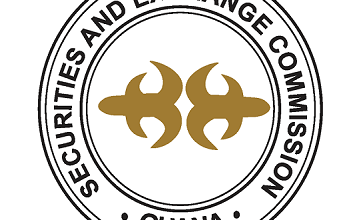 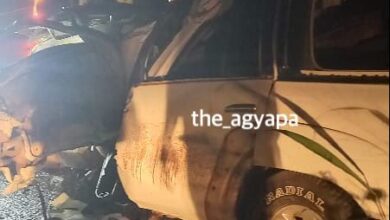