Relationships are formed and broken on various grounds. In politics especially, considering the popular saying that it is a ‘dirty game’, it is inevitable that one’s actions and or inactions have the possibility of creating tension and friction between them and others, even friends sometimes.

This may be applicable in the case of sitting President, Nana Addo Dankwa Akufo-Addo, who appears to have stepped on some toes and burnt some bridges since he assumed office.

Some members of his party and arguably some close associates have, in recent times, been seen, expressing displeasure about some actions and decisions of Akufo-Addo.

Whilst some of these individuals clearly stated that things have turned sour as far as their relationship with the first gentleman is concerned, others have indicated how some actions and decisions of the president has affected them.

Below are some of these individuals: 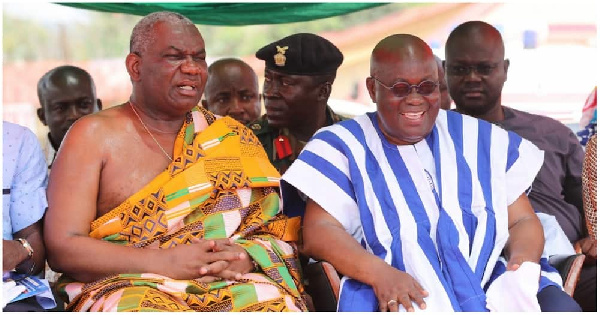 The former Energy Minister has opened up about his relationship with the President, Nana Addo Dankwa Akufo-Addo in recent times.

Following his dismissal by the president over some negotiations regarding the Africa Middle East Resources Investment (AMERI) power deal, Mr. Agyarko says his trust in the President has dwindled and he no longer has a relationship with him.

Speaking in an interview on Asempa FM’s ‘Ekosii sen’ show, the former Akufo-Addo appointee noted that he was made to take the brunt for a cabinet decision which he was implementing as a sector minister.

Describing it as a ‘hoax to get Boakye Agyarko out,’ he said,

“well, I don’t have a relationship [with President Akufo-Addo] now.

“People get married for 30 years and get divorced, don’t they?” he stated when the host referred him to the Campaign Manager role he played for President Akufo-Addo.

“I have known the President since 1976, but I have learnt to move on and go my separate way because at the end of the day, that is what life is. Me, I will never let anybody bring me so low as to hate him. I don’t hate anybody but there comes a time when circumstances make it that you go your way, you have to move on.” 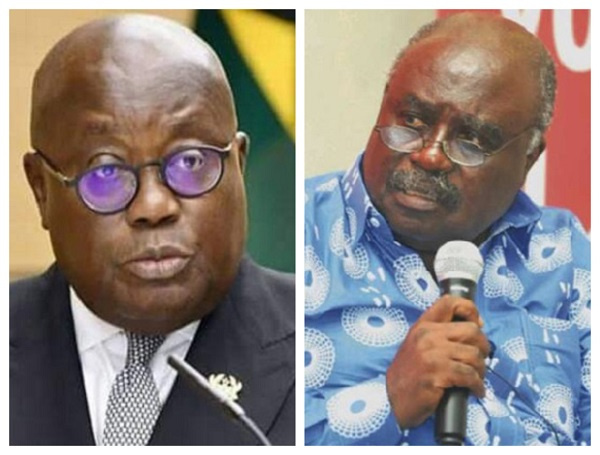 Prominent member of the New Patriotic Party (NPP), Dr. Charles Wereko-Brobby has also admitted to falling out with the President since he assumed office.

Speaking on an Asempa FM interview, Dr. Wereko Brobby said attempts to advise the president and his government were disregarded.

He further noted that he has been targeted by the president after he criticized government over some issues regarding his style of governance.

Recounting an incident which he said Dr. Osei Akoto and Chief of Staff, Frema Osei-Opare witnessed, he said president Nana Addo Dankwa Akufo-Addo almost poked him in the eye when they met at a funeral ceremony.

“He met me at a funeral, and he nearly poked my eye with his finger… It was in anger. Because if you remember, I granted an interview to Joy. It was conducted by Evans Mensah. It was later, after the interview, that he met me. If I had not pulled my head back, he would have poked my eyes with his finger,” he said.

He also noted that the president had accused him of spreading false rumours to sabotage his government. 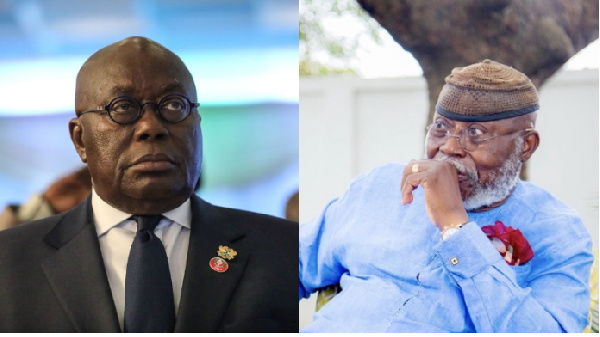 “I will say, and I think you can ask the president himself, no one in NPP, before Akufo-Addo became leader of the party, has defended Akufo-Addo, fought for him more than me Nyaho Tamakloe,” these were the exact words of founding member of the New Patriotic Party (NPP), Dr. Nyaho Nyaho Tamakloe in an interview on TV3’s New Day.

Now, Dr. Tamakloe is an ardent critic of the ruling Akufo-Addo-led government and has not failed to make his stance on issues of governance under the current government known.

For instance, he has noted that the personality of the president has changed since he assumed office, particularly regarding his willpower to fight corruption.

“I think the president has lost touch with the people. You see, the Akufo-Addo that I knew is not the one I see now. A lot has changed, especially when you talk of corruption. Series of examples and cases that are so clear cases that should be sent to court (but nothing happens),” Dr. Nyaho-Tamakloe said in a TV3 interview monitored by GhanaWeb.

He further stated that the establishment of the Office of the Special Prosecutor by the president has not made any difference in the country’s fight against corruption.

“What has he done since he came in … he has been there close to a year… The Special Prosecutor has been in office for over a year now; tell me, what he has done?

“They behave as if Ghana is a toy that is being joked with, this is a nation, with people in it, people who have handled this country before, and if you feel you want to handle this country, then you must know exactly what you are doing,” he added. 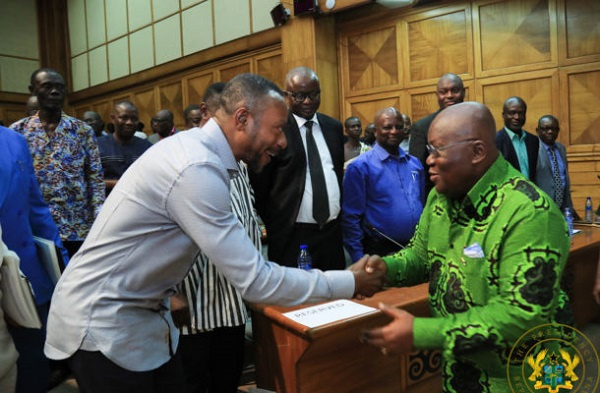 He previously described President Nana Addo Dankwa Akufo-Addo as his ‘spiritual son’ and as a spiritual father, Rev. Owusu Bempah of the Glorious Word Ministries was always looking out for the former.

So much was the confidence he had in him that, he swore to burn down his church building if Akufo-Addo didn’t win power in the 2016 elections.

Prior to this, he had issued various prophecies about his victory, and even after, Owusu Bempah has ceaselessly, confirmed God’s hand upon Akufo-Addo and his government.

But years after giving him a ‘horn of strength’ which according to him signified the power of God and strength to face the task of leadership, Rev. Owusu Bempah has emerged to indicate that he no longer has a close relationship with the head of state.

In an interview with Royal TV, Rev. Owusu Bempah said the president has moved away from God by failing to heed to directions from him given by his servants (men of God).

“Maybe it’s because of the people surrounding him; maybe he no longer listens to the voice of God because when I used to be closer to him, things were going better.

“Nothing has happened but, like they say, ‘you can force the horse to the riverside but you can’t force the horse to drink the water.’ So if he is going to humble himself again and give room, I believe it is not too late. Because the Nana Akufo-Addo I used to know with a good heart, for which God chose him, is not the same person I see today. It is not because I have anything against him,” the prophet said.

Rev. Owusu Bempah further likened the president to Saul in the Bible, indicating that the President’s actions and failure to obey God is what has caused the challenges he is facing in government and the translating effect on the economy. 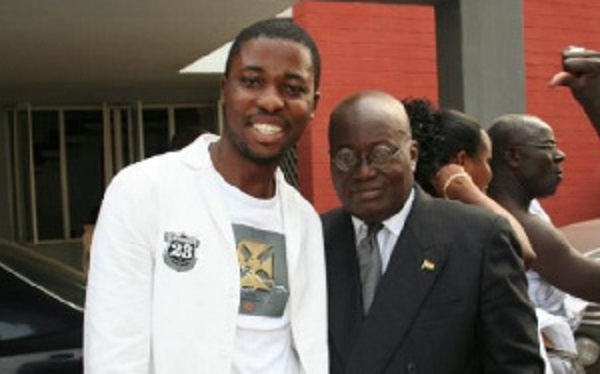 He is called an activist for a reason – he goes all out for courses he believes in and champions them.

Kwame A Plus, countless times, touted Akufo-Addo’s good qualities prior to his election, describing him as incorruptible among other things.

He was actually a key instrument in the campaign for Akufo-Addo’s victory in 2016 and as such, the president acknowledged him publicly following his win.

Many years on, A Plus appears to have had a change of mind about Akufo-Addo. Now, he says there’s really nothing special about him.

He has in recent years chastised government over what he says is mismanagement and corruption on different fronts.
In 2020 for instance, he criticized government for spending on the voters’ register instead of putting in resources to secure safety at the airports to ensure a boost of the economy during the COVID-19 era.

In 2021 also, A Plus reportedly lashed out at President Akufo-Addo, accusing him of doing nothing beyond speaking English and fighting anyone who fights corrupt officials in his government.

He also, in February 2022, castigated the President after a video advert on E-Levy was shared on Twitter using the President’s account.

A Plus described it as a foolish move and asked that government rather focuses on convincing the masses of how useful the monies they intended to collect through the levy will help the development of the economy. 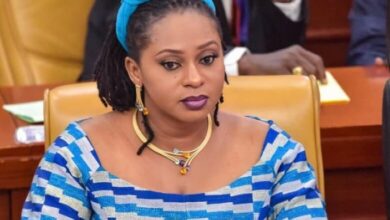 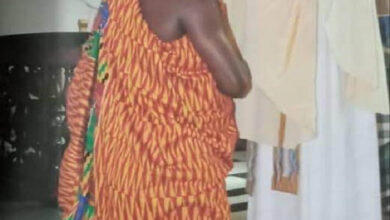 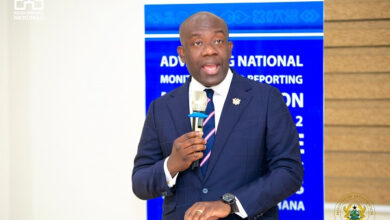 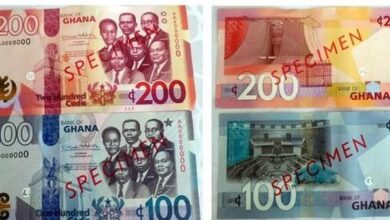