Following the arrest of Aisha Huang, a Chinese national deported from Ghana in 2018, the Director of Public Relations for the Ghana Immigration Service alluded that she may have found her way back into the country through an illegal route.

Superintendent Amoako-Atta in an interview with TV3 said it would not be farfetched to suspect illegal entry in her case as Ghana, just like other countries, has porous borders.

“When it comes to the borders, we have not hidden the fact that our borders are porous, especially in the sub-region, and it’s not peculiar to the West African Sub-region alone but across the whole world,” he said.

On whether the Immigration Service may have failed in their duty to prevent her entry, Supt. Amoako-Atta disagreed, saying the service rather worked well to effect her arrest.

“We have a mixed bag of operational strategies in place; you can’t depend on just our officers at the points of entry. Looking at the terrain and looking at the nature of our job, you can’t say that you are at the borders, and that’s all. So that is why I have enumerated all the other strategies that we have; the inland checkpoints, the community engagements with border residents and also internally conducting intelligence gathering. That is what led to her arrest. So Immigration is not sleeping on the job; we are very much alert,” he said.

“That is an illegal entry and currently as we speak, National Security is handling the issue because of how sensitive it is and she was taken to court, and a remand taken against her,” he added.

But Government’s spokesperson on Security and Governance, Palgrave Boakye-Danquah, in an interview with Accra-based Citi FM, disclosed information contrary to the Immigration’s assertion on how the notorious illegal small-scale miner re-entered Ghana.

According to him, Aisha Huang came in through official immigration routes but said he did not have information on whether it was through the air, land or other points of entry.

“She arrived with forged documents that do not even represent her name. But because of how good our security services are, we have had to follow her to be sure that she was the same person that was deported out of the country.

“And over several weeks, we arrested her, and we got to know that she entered into the country with forged documents,” he told journalist Umaru Sanda Amadu.

*Asked whether or not measures put in place to detect entry of unwanted persons into the jurisdiction, he explained further*: “She entered through the immigration checkpoint with her face and a different name.

“We are aware that when she entered into the country, our security forces followed to be sure that she is the right person, and you are aware how a lot of Asians look alike. It took us a bit of time to be sure she was the same person that was deported,” he added.

“I don’t have the date, but I am aware that she has been here just a few weeks. She used different forged documents to acquire the Ghana Card,” he said in response to when exactly she may have arrived in the country.

This was after Miss Huang, together with three other Chinese nationals, were brought before the court on charges including engaging in the sale and purchase of minerals without a license and mining without a license.

The court could not take into record the pleas of the four suspects because there was no interpreter to help translate proceedings for the Chinese nationals.

The accused persons were not represented by a lawyer. The court adjourned sitting on the case to Wednesday, September 14, 2022.

How she re-entered the country without detection till her recent arrest has been the major question on the minds of many Ghanaians.

She had reportedly re-entered the jurisdiction through the eastern border with the name Huang En.

Aisha Huang arrested in deported from Ghana in 2018

Ms. Huang, who was described as “untouchable” on some media platforms, was in 2017 charged with undertaking small-scale mining operations contrary to Section 99 (1) of the Minerals and Mining Act, 2006 (Act 703).

Her deportation meant the state discontinued the trial against her. 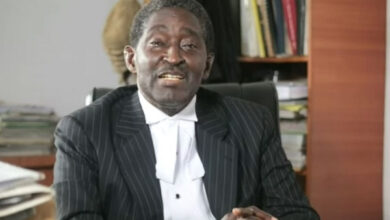 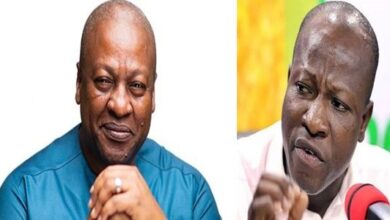 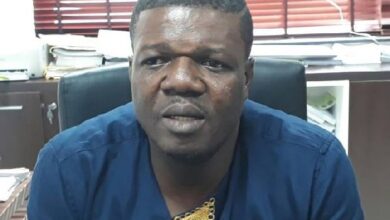 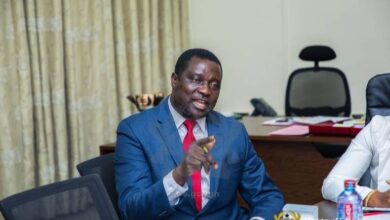