Supporters of the governing New Patriotic Party (NPP) and the National Democratic Congress (NDC) were at their shouting best at this year’s Hogbetsotso Festival held by the people of Anlo.

In videos that have gone viral on various social media platforms , members of the NPP were seen cheering the presence of the Vice President of Ghana, Dr. Mahamudu Bawumia and singing his praises for gracing the festival

This year’s Hogbetsotso Festival which is the 60th brought people from all walks of life together.

The festival was graced by the Ashantehene Otumfuo Osei Tutu Ii, the Ga Mantse and other officials of government.

The Hogbetsotso festival (pronounced Hogbechocho) is celebrated by the chiefs and people of Anlo in the Volta region of Ghana.

Hogbetsotso is one of the indigenous festivals in Ghana. It is celebrated by the Anlo people to commemorate the escape from Notsie in Togo to their present abode in the Volta Region of Ghana, between the fourteenth and the fifteenth centuries.

The festival is celebrated annually on the first Saturday in the month of November at Anloga which is the customary and ritual capital of the Anlo state. The name of the festival is derived from the Ewe language and translates as, the festival of exodus. or “coming from Hogbe (Notsie)”.

VIDEO: Our ancestors are not happy with you – Akufo-Addo told 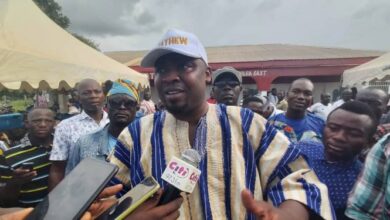 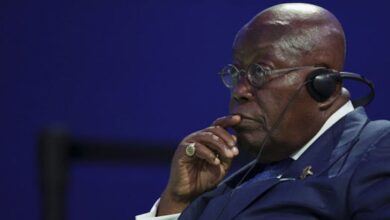